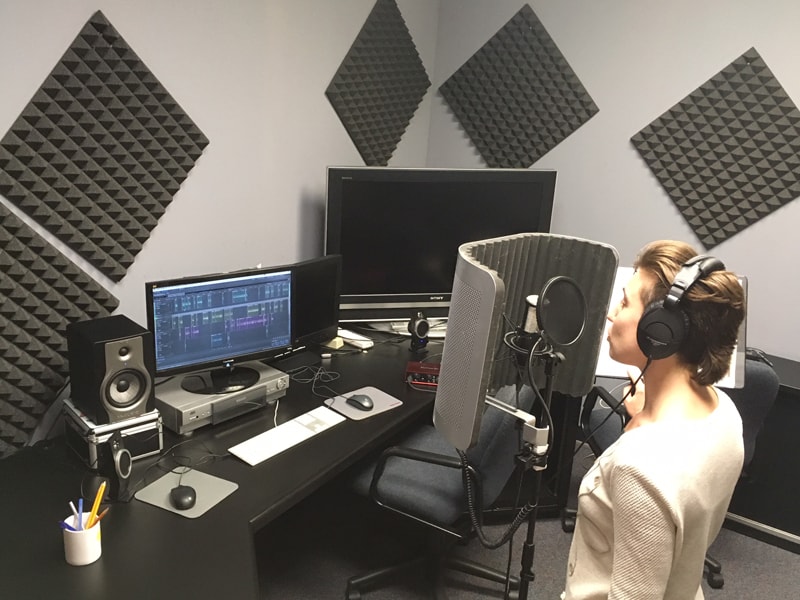 The recording planning is divided into four steps.

First, you need to understand the role of percussion tools in the final stereo image, how many dots can be allocated to the drums with plates.

Hence the third question: “How can more input channels be combined into fewer output zones? Signals from some microphones will have to be summed up in a straightforward manner, and the phase compatibility of the microphones will have to be taken into account, depending on the types of receiving heads, their directivity diagrams, locations, type of correction and the nature of further processing of the original signal.

A completely different problem arises in connection with the need to separate signal groups, placed in close but still separate zones of the stereo picture. Microphones should be selected, installed and adjusted so as to ensure the minimum penetration of “other people’s sounds”. The final picture should be close to the real layout of the sound receivers.

And only at the fourth stage it is possible to proceed to the classical task of the sound engineer connected with the transmission of attack, timbre and dynamics of the sound of the percussion unit and formation of the acoustic atmosphere.

When creating an acoustic model of the phonogram, it may be useful to install a pair of additional microphones at some distance from the drum kit.

It is extremely important to know the peculiarities of the recording studio – reverberation time and the sound radius at different frequencies, including low frequencies. The maximum distance from the instruments depends on it, and the microphones can be moved away.

Case studies indicating the types of microphones used and where they are installed in the studio are almost useless. Nevertheless, let’s consider several cases of successful solution of the problem, although their blind copying in other conditions is impossible.

Shocked in the natural-acoustic jazz interpretation can be recorded using a pair of condenser stereo microphones installed at some distance above the drummer. Universal, high quality heads with large diaphragms are suitable for this purpose.

The height of the suspension and the corresponding angle between the microphone axes are selected depending on the characteristics of the studio. When drawing the final stereo image, the original stereo image will have to be narrowed down to the size of one zone.

Some interested persons strongly recommend to try to replace the condenser heads with a pair of PZM-microphones mounted on the plexiglass at an angle of 90 to 180 °. As boundary layer microphones, PZM sound receivers are less dependent on the acoustic ratio and allow more flexibility in choosing the distance to the instruments.

In the near zone, receivers do not perceive the sum of all the sound waves emitted by the source, but only those waves that are emitted by a particular area of the instrument in a given direction.

The temporal coloration of these waves may be very different from the sound heard by the drummer himself and depends to a large extent on the sound removal point, the microphone’s directionality diagram, its membrane diameter and the nature of the nonlinearity of the receiver system.

Varying the types, specimens and mounting points of the microphones, it is possible to obtain the necessary characteristics of the final sound. Thus, it turns out that the nonlinearity of the AFH, its hump and dip turns from shortcomings into very significant advantages.

Selection of the types of microphones most suitable for shock recording

The AKG D112 is considered a classic microphone for recording large drums. For the sake of fairness, it should be noted that any self-respecting microphone company, be it ElectroVoice or Shure, produces complete sets of microphones for recording drums.

Inside the big drum it is accepted to place pair from dynamic (for density) and condenser (for completeness of tone) microphones. Sometimes it can be useful to set up a third microphone on the pedal side to emphasize the attack of sound.

To compensate for the shortcomings in the sound of the small drum, a specialized microphone from the company’s set can be supplemented with a second – the other by type – capacitor or dynamic, respectively, and set it under a resonant membrane.

You can try to install a pair of heads in one place above the drum, but usually there is not enough space for this design. If there is no choice, and you have to use devices that have significant dimensions, experiments with an additional receiver over the rim, laterally across the plastic or at an angle to the membrane from above can also lead to good results.

When selecting a microphone for volumes, there is a specific problem – the gap between the dishes and the membrane is too small and requires the installation of a small model with a sharp directional characteristic. Classic receiver for volumes is considered a model Sennheiser 421.

Unfortunately, under real-life constraints, it is not always possible to achieve the desired drum kit tone. In such cases, you have to use equalizers:

The modern shock recording school dictates complete removal of the instrument’s low frequencies up to 150 Hz;
You can try to cut out the frequencies of 400, 800 or 1300 Hz to enlighten the sound;
and, conversely, removing a narrow bandwidth around 5 kHz will give the tone of the small drum a shade of matte;
Gaining around 10 kHz will increase the impression of brightness.

frequencies below 100 Hz are traditionally cut out;
the most important range for most volumes is between 300 and 800 Hz;
A narrow strip of about 400 Hz is sometimes useful, on the contrary, to cut out;
A 3 kHz boost will give the volumes more clarity and specificity.

The listener is used to perceive this type of frequency correction as close to natural. What cannot be said about the use of other devices.

Taking into account the time characteristics of shock sounds: the attack time of 0.5 -.3 milliseconds, a very short stationary part and a more significant time of damping – 0.2 … 0.9 seconds, the drums with the phases of attack and attenuation cut off with the help of gates and with the emphasized equalizer of the membranes do not sound very natural.

Excessive compression of the drum set also does not work for him – dynamic processing devices are able to distort beyond recognition the transient moments of sticks and beats on the membranes and plates.